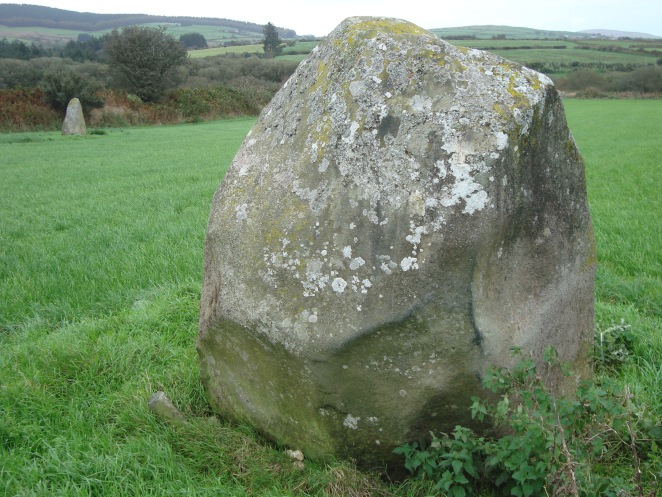 A particular acoustic phenomenon of some Preseli rocks is their resonance, and it’s been suggested that Cornel Bach (“little corner”) could be the remains of a burial chamber — blown up in the 18th century — which supposedly gave the name “ringing stone” to Maenclochog village. Some photographs show the triangular stone nearest the hedge with adjacent stones, now mostly hidden; the National Monuments Record of Wales lists only a pair of standing stones. 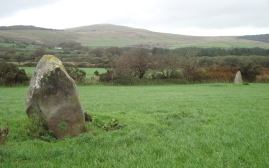 Looking northeast towards the Preselis

Another view of the triangular monolith

This site uses Akismet to reduce spam. Learn how your comment data is processed.